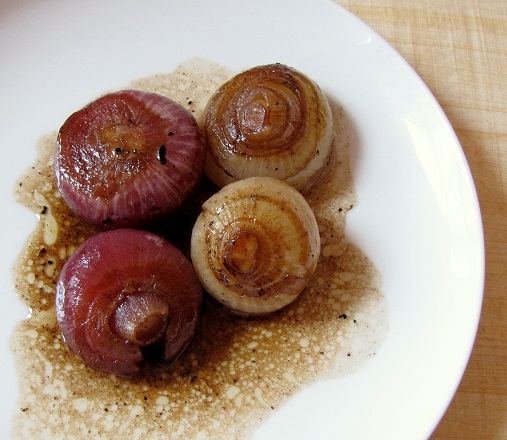 Notice anything missing or absent from the conversation here lately? Granted, I have been sporadically posting (today is my 300th post) but that topic would be Halloween . Since becoming an adult who has the pleasure of making the Thanksgiving meal, and being an ever-present, prudent person, my thoughts rest more on that holiday this time of the year. Read my in-depth post about Halloween from last year at that link.

My husband has a resemblance to Harry Potter (also Waldo from Where’s Waldo and my sister thought somewhat like John Lennon) so Potter was his costume for work this year. We’ve known for a while that his coworkers have called him that pretty much since he started a few years ago. A few servers from a wing restaurant told us that he resembles Harry as well. His coworkers weren’t aware that we knew. I wish I could have seen their faces when he walked in with the wand, glasses and school uniform this morning. Priceless.

It was suggested that I be Hermione-I do have the hair. I don’t know about going to any parties this year. I would simply adore seeing little kids trotting about town in their costumes while sitting by my carved pumpkin. Does that sound creepy? When I reread that it had a hint of creepiness. Hey, at least I carved a pumpkin (not my best work) which is something I cherish about Halloween. What are your favorite parts of the holiday? Do you go all out or skimp on the celebration? 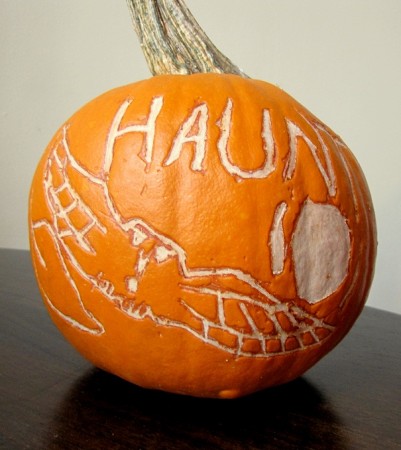 The other day I told myself that I would take Halloween serious again (as I did as a young adult) when I have a house to decorate with space to store supplies and room to throw a party. Are you having or attending a party? What is your costume this year?

My intention was to dust off my slow cooker to save room in the oven/kitchen for the holiday feast so it sits on my microwave awaiting more use. Oh, it’s coming. Months ago I bought an impressive cookbook by Diane Phillips Slow Cooker: The Best Cookbook Ever with More Than 400 Easy-to-Make Recipes.

I love this book! I began marking every recipe that I wanted to try but gave up because it was nearly every single page which defeats the purpose in my opinion. The classic bread stuffing is calling my name this Thanksgiving.

You know how handy slow cookers (or crock pots which refer to the brand) are and if you don’t, imagine spending a small amount of time preparing a few ingredients, dropping them in the slow cooker, and then carrying on with your day. All the while, a delicious meal is being made without your attention in this convenient appliance, ready for the feast when you want it. I know! I prefer my slow cooker to have the capability of being programmed and my choice is this affordable Hamilton Beach 33967 Set ‘n Forget 6-Quart Programmable Slow Cooker. 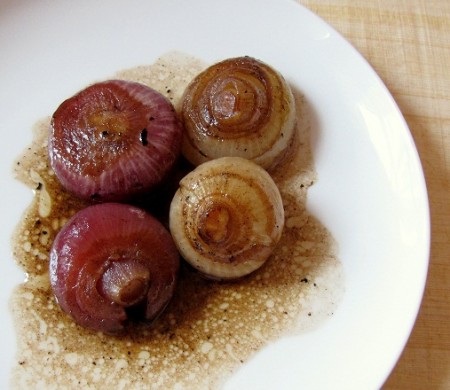 Cipollini Onions with Balsamic Glaze from Slow-Cooker: The Best Cookbook Ever
Serves 8

With each onion, cut the top off and peel the skins back to the root end. Cut off the skin, leaving the root intact. Place all of the ingredients in a 5 to 7 quart slow cooker bowl and coat onions with the glaze. Cover and cook on low for 3 to 4 hours until tender. Place on warm until ready to serve and drizzle with some of the glaze once plated. These will keep in the refrigerator up to 4 days.

5 thoughts on “Slow Cooking and It Feels So Good: Cipollini Onions with Balsamic Glaze”