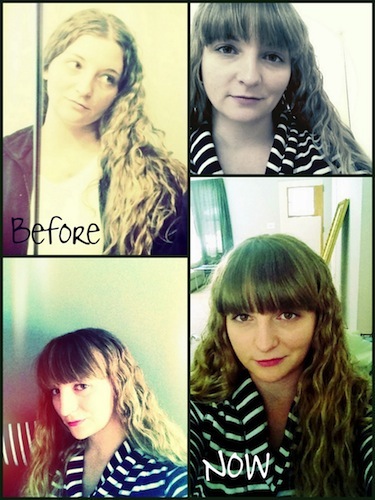 I did this. I’m not saying it’s magnificent. They are bangs I cut myself using this tutorial from And Then We Saved. I also watched a dozen videos and combed, re-combed and walked around holding my hair in front of my face for half an hour before I just went for it. This from the person who is challenged doing anything with hair (and pretty much anything else). This from the girl who lopped off Greg’s sideburn with clippers when she wasn’t even trying to trim those.

This fringe needs some tweaking but I’m just proud that I did it myself, that I took the plunge. You may not grasp the difference since I don’t like to post photos of myself but believe me, my naturally thick, curly, bum length, ash blonde/light brown/some have called it gray hair feels better to me. 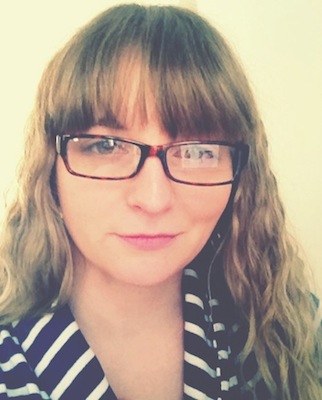 When I turned 30 in September I wanted a makeover. The last 5 years of my life, since moving to Minnesota, I became someone on the side of style/fashion/etc. who didn’t do anything to herself or for herself. Those who know me back home have a hard time believing that’s the way it went since I was almost the complete opposite growing up. If I had the money to get new clothes, shoes, makeup, a new hairstyle and so on, it went towards furniture refinishing and house projects. I felt like I had lost that part of me that wanted to put the best visual interpretation out in the world.  This feels more like me. This reach for the more contemporary, creative, just try it side. I intend to do things like this and be her more often.

One thought on “New Fringe Bangs”