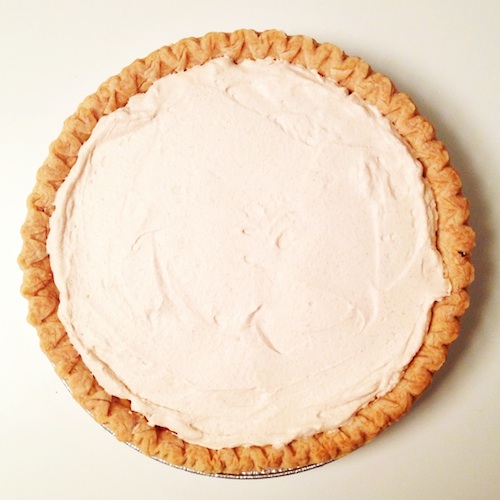 I’m just going to casually slip in. Hoping it goes unnoticed that I have again been absent for over a month (nearing two). How’s life? How’s the fam? How’s the weather?  Stressful, good, turning cold/about to snow here

Today I found myself wandering away from finding a cheap alternative to self-leveling floor compound for the basement (there apparently isn’t one) and a cast iron self-rimming sink (changing my plans from an undermount to a rimmed version…story behind that I won’t go into) under $250 with 2 holes for our impending kitchen update to pinning numerous recipes.

You know how it goes. I found a recipe on someone’s Pinterest board which lead to looking through the whole board then I found a number of other boards on other Pinterest user boards (fact: Pinterest is a gateway drug) who had pinned the very same recipe as me which obviously means they have the same taste in recipes as I do so, you just can’t pass it up, ya know? Especially when you’re pretty much void of new recipes. My collection dwindling in the folder. My attention has been focused elsewhere.

The old Instagram account is being used on a more regular basis these days (after removing the private option) and might give the impression I am laden with recipes. Lies. All lies. Maybe fibs. Dipped in chocolate so these untruths are tasty.

Admittedly, I’ve had some real goodies for dishes but I crave more. Something warm for the “it’s almost snowing” season, filling with flavor, and has no more than 500 calories per serving (lady watching her calories and doing more strength training with her cardio). I’m hungry, ya’ll or y’all. I don’t know. I’m from a town in northern Indiana, near the corner, almost to the Michigan and Ohio lines. Like supper versus dinner. I say dinner. Relatives say supper. Pop or soda. Pop in our household. What was I talking about? I got a new hairstyle. No, that’s not it although I did. Note to self: update photo at the top.

I was getting to the delicious bits of the post. Apple cider cream pie and pumpkin spice rice krispie treats. Yum and yummer. (It’s taking all my strength not to insert a Dumb & Dumber joke here.) Thought I’d give you the two best dessert/treats I’ve had in the last 2 months. Even though I think these go in the all-time best record books for that category. Loved them.

In 2009, Allison Kave and her boyfriend, Jay Horton, were winners in Brooklyn, New York’s Pie Bake-Off with this clever pie. The challenge was to use a local ingredient, so they chose apple cider and developed this delicious combination of cream pie and apple pie. Winning the contest was the impetus for Kave to open First Prize Pies in Brooklyn. ~Food & Wine

It won a freaking prize.  A totally deserving one and was reason enough for me to try it.  Umm awesome.  Not overly sweet nor too tart and the cinnamon whipped cream really set it off.  This would be great for Thanksgiving.

The pumpkin spice rice krispie treats I’m sure will become something you make each season when everyone goes gaga for pumpkin.  Delicious.  Also good for Thanksgiving or a weekend when you want to cry in the bathroom over the amount of calories you’ve consumed (why did you make an entire batch while “watching your calories”) because you will eat an entire pan alone in a day or two.  Just happens.  No, I shared with my significant other (and sent a few to our friends).  Regretted that decision.  Be sure to follow the directions exactly or you’ll get soggy treats.

Crust: Make your own or be a cheater pants like me and buy it this time

Crust: in a food processor, combine the flour, cornstarch, sugar and salt. Add the butter and pulse in 1-second bursts until the mixture resembles coarse meal. Combine the milk and vinegar and drizzle it on top. Pulse in 1-second bursts until the dough just comes together. Turn the dough out onto a work surface, gather up any crumbs and pat into a disk. Wrap in plastic and refrigerate until chilled, about 30 minutes.

On a floured work surface, roll out the dough to an 11-inch round, a scant 1/4 inch thick; ease it into a 9-inch glass or ceramic pie plate. Trim the overhanging dough to 1 inch and fold it under itself. Crimp decoratively and chill the crust until firm, about 15 minutes.

Filling: in a medium saucepan, boil the cider until it’s reduced to 1/2 cup, about 10 minutes. Transfer to a bowl and let cool. Whisk in 3/4 cup of the sugar, the sour cream and salt, then whisk in the eggs.

Pour the custard into the pie shell without removing the foil strips. Bake the pie in the lower third of the oven for 35 to 40 minutes, until the custard is set around the edge but the center is slightly jiggly. Let the pie cool completely.

Topping: in a medium bowl, using an electric mixer, beat the heavy cream with the remaining 1/4 cup of sugar and the cinnamon until firmly whipped. Mound the cream on the pie, cut into wedges and serve.

Butter a 9×13-inch baking dish.In a heavy saucepan or Dutch oven, melt butter over medium-low heat. Add the pumpkin puree and continue to cook until it is warmed through. Fold in 10 ounces of the marshmallows, stirring frequently until almost completely melted. Stir in vanilla, cinnamon, allspice, nutmeg, and salt, and remove from heat.

Press the mixture into the greased rectangular baking dish. Let set for 30 minutes before cutting and serving.